By Jenny Newman Connect With Reiki

During the many years of being a Reiki teacher and Practitioner, I have treated with Reiki people who suffer with MS (Multiple Sclerosis,) cancer, PTS, injuries etc. Each time I was very humbled by the strength and positivity of these people who knew they were dying but very often chose not to dwell on it.

One person I treated with Reiki for five years was a tall, dark, handsome man in his early 30's who was just diagnosed with MS (the diagnosis can take a long time as it's difficult to detect). He was in a home for disabled and seriously ill people. He could not accept his condition and rebelled against it for a few months, for example, he would take himself off in his wheelchair and head for the pub! He just wanted to be his normal self, a bit of a 'Jack the Lad' woman mad, and most of all, free. The landlord of the pub always called the care home who would go and pick him up with him shouting abuse and foul language!

He was not at all happy to see me and told me so, "I do not want Reiki, whatever that is"!

So, in the beginning, I just sat and talked to him about his life and conquests around the world. Eventually, he began to trust me and we shared Reiki, he soon realised how great he felt during the treatment and after. His body relaxed into it and he felt good for a while, he would smile and we would joke and smile some more.

However, he began to deteriorate rapidly, his body was breaking down and he couldn't get out of bed, his voice was also deteriorating, sometimes it was difficult for me to understand what he was saying. But always when I arrived he would smile and we would connect in a special way, I would talk and joke with him as before, Reiki was very strong.

Eventually, I could see through my weekly visits that his time was coming to an end, which was very sad and tragic. His mother called me and asked if I would like to say goodbye as all medication was being withheld, also food which was via a peg in his abdomen. I went immediately and he was being cuddled by his mother, but he managed to raise his thumb when I entered, which was amazing as his hands hadn't moved for many months.

We shared Reiki and the feeling of peace filled the room, I could feel him going, but left before he died so his mother could have those last moments with him. She rang me later and said she saw green on his face which then gently turned pink and what did it mean? I told her he was at peace, the colour green means love and pink is a continuation of love. She was so pleased to hear this, it helped her come to terms with her loss.

Reiki gives us strength and purpose, compassion expands into our heart and mind this allows us to witness their suffering without suffering with them, filling them with free-flowing energy and peace.

Jenny Newman is a graduate teacher of the International House of Reiki and has been teaching for thirteen years. Jenny continues to study every year with her teacher Frans Steine, and through this study and research, she has gone to a very deep level within the system of Reiki, teaching the ancient and traditional Japanese perspective.… Read more 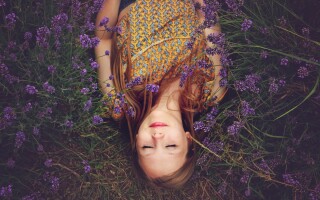 Reiki – even during social distancing

Many people have heard of the energy therapy known as Reiki, and word is spreading all the time about the warm,...

Right now, we need help from something bigger than us

This is a shoutout to anyone whose anxiety is triggered by the lockdown - although, perhaps that's everyone? Yes,... 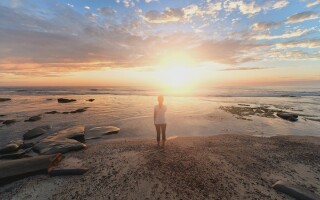 As human beings, we tend to like our structure and routine. From waking up in the morning to going to sleep at...