The 7 most common myths about angels

If you think believing in angels means seeing visions and hearing disembodied heavenly voices, you’ve got this wrong (although, some people do claim to experience these things). 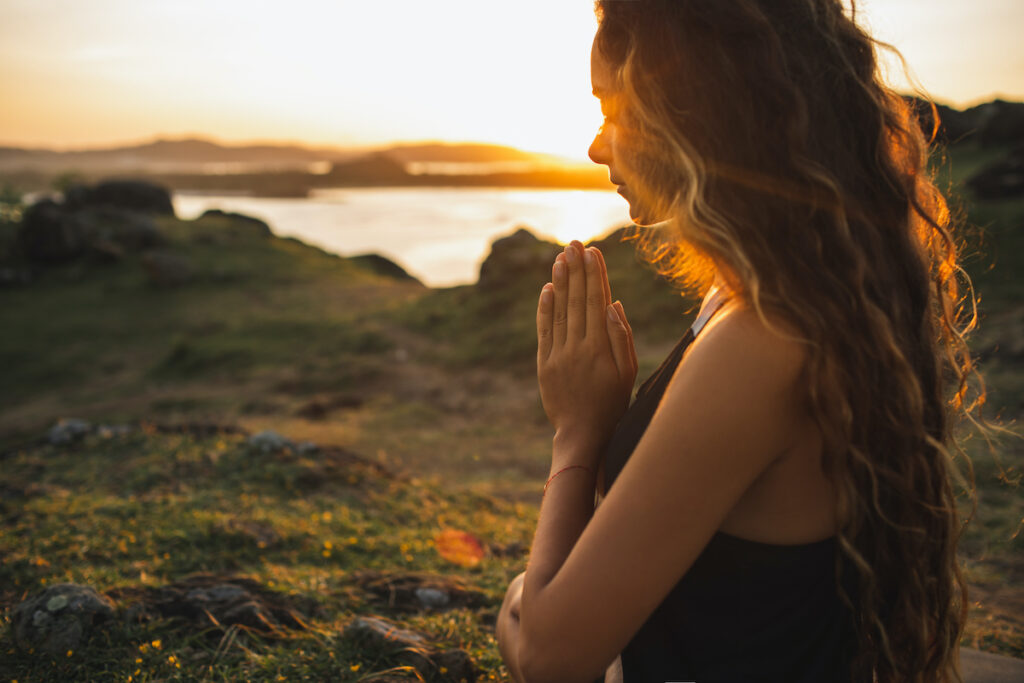 It’s just one of the several common and frustrating misconceptions about angels which, if you believe them, can cut you off from discovering their truth and the direct connection to them that is your birthright. Yes, your birthright, as there is evidence to suggest that spirituality – whether you acknowledge or believe in it or not – is in your DNA.

Unsurprisingly, given that I was born into a family of spiritualists and psychics, I’ve always known angels are in my DNA. Although I don’t claim to actually ‘see’ visions of blinding light or have so-called psychic powers myself, I believe in angels. Indeed, I’ve devoted my life to researching and writing about them and collating true afterlife stories to help spread the word that they are real.

Along the way, I’ve interviewed and collaborated with scientists, neuroscientists, sceptics, parapsychologists, psychics, mediums, healers, practitioners and, most important of all, ordinary people whose lives have been transformed by angelic encounters.

Here are the most lingering and potentially toxic angel myths which I am keen to help dispel.

1. Angels are for the religious

No. This is such an ingrained belief and I need to make it crystal clear that, although angels are associated with religion – in particular with Christianity and Islam – they are not only for the religious. They are universal.

In the early 2000s, British academic Emma Heathcote James surveyed people who believed they had encountered angels. Those who came forward included Christians, Muslims and devotees of other major religions, but around a third said they had no religion and 10% categorised themselves as agnostic or atheist.

So, if you are religious, angels can slot into your belief system; but you can also love angels if religion is not for you.

No. Even though the qualities associated with angels – love, empathy, kindness – are traditionally regarded as feminine and many artists depict angels in female form. In films, guardian angels typically appear as men, perhaps symbolising the traditional, strong, protective male archetype. But, both representations are wrong.

Angels don’t have any gender. They are spiritual beings, different from humans. When angels appear in human form, they assume either a male or female gender not because they are male or female but because they want to shine the spotlight on traditional qualities associated with that gender.

And, as for being pale-looking, angels transcend race and culture, too. I’m mixed race (my mother Indonesian, my father British and my husband Chinese). But, despite this, it took the Black Lives Matter movement to alert me fully to the depressing lack of cultural diversity in artistic representations of angels. I hope in coming years this will change.

3. There is no proof of angels

Yes, there is. There is a whole new world of scientific research out there proving that the paranormal happens, but much of it is hidden in obscure academic and scientific journals. For the past five years, I have made it my mission to collaborate with scientists and to reveal and explain that research in a jargon-free way, rather than just relying on anecdotal evidence or the ‘just believe’ mantra.

Until recently, true-life stories about angel encounters were dismissed by the scientific community as hallucination or fantasy. But, in recent years, growing numbers of highly credible scientists, including the odd Nobel prize winner or two, are willing to research psychic phenomena and angelic experiences and take these experiences seriously.

In the great majority of cases, the conclusion they are coming to is that a paranormal explanation can no longer be immediately ruled out.

4. Angels have wings and halos

No. Many of us have been conditioned to think of angels in this way, as celestial beings. They are frequently visually represented like this, but angels can take on an infinite variety of shapes and forms. The definition of an angel experience does not lie in who or what angels are or in how they appear.

What defines an angel encounter most is your response to it and whether or not your life is transformed as a result.

And as for those wings, you might be interested to know that, although they feature powerfully in representations, many ancient accounts of angels mention voices, signs and dreams rather than feathers. Up until the fourth century AD, angels in art didn’t typically have wings. And halos were not commonly linked to angels until fourth-century Christian representations of them, either.

Before that, halos were associated with pagan gods; it was not until Roman emperors started to have halos painted above their heads as symbols of divinity that angels began to be depicted with halos, too.

Angels appear in infinite ways and no individual angel looks the same as another. If you have a strong affinity with the traditional representation of angels – with wings and halos – they may appear to you in that way, but you see angels in whatever way you need to see them at that time.

5. You have to be a good or ‘pure’ person to see angels

No. Angels don’t just speak to saints, monks or extremely kind people. You don’t have to be perfect to see angels, just human. And every human, even saints (Mother Teresa often spoke of her struggles to be good, or what she called her ‘dark night of the soul’) are a complex mixture of good and not so good.

So, if you feel a bit of a fake and that you are not worthy of angelic attention because you know how often you let your halo slip, you are no different from anyone else. You are simply being human, and any human can be kind. There is no entry qualification for connecting to your angels. Just start doing it and see how it makes you feel.

6. You need to believe in angels to see them

No. Belief helps but it is not essential. You may be surprised to learn that you don’t need to believe in angels to feel their magic. I’ve had many messages from people who did not believe in angels, but then something extraordinary happened to change their mind.

7. Only people with extraordinary ability can see angels

Yes, some people describe themselves as psychics, clairvoyants, mediums, angel healers and lightworkers. The connotation with these terms is of ‘special’ psychic powers unavailable to the majority of us. However, the reason for the clear vision of these people is not that they are special – it is simply that they have decided to focus their energy on their psychic development.

Connecting to angels, or the force of goodness, love and compassion that exists within and all around you, is the simplest and most natural thing to do. Yet, as is often the case, something that should be simple has become overcomplicated.

In my opinion, dependency on any spiritual system, teacher, angel healer or guru becomes a barrier and makes it harder for your angels to reach you. Sure, there are techniques you can learn, such as meditation, visualisation and ritual work, but these techniques are delightfully straightforward, and you can easily learn them yourself.

Although ingrained myths about angels continue to obscure them, thankfully in every culture, religion and tradition there is widespread agreement about their role as messengers from the world of spirit. The unseen realm, also known as the afterlife, heaven, or whatever term you choose to describe sensations, feelings, memories and dreams that exist beyond the material world or your five senses.

Typically, (but not always) these messages are invisible. But, even though they can’t always be seen, ‘proven’ or understood, they still feel intensely real and meaningful to those who experience them. And, in their role as messengers, angels embody, manifest, express or reveal to you a deeper purpose, what truly matters in this life.

Seen in this clear light, surely anything that brings you a message of deeper meaning, whether a dream, an intuition, a coincidence, the timely appearance of a sign such as a white feather or anything else that reminds you there might just be more to this life than the material or what meets the eye, can be described as truly angelic?

Theresa’s book The Truth about Angels (published by Yellow Kite) is available to purchase from 4th March.

Find out more at theresacheung.com.

Theresa Cheung is a bestselling author who has been researching and writing about dreams, spirituality and the afterlife for the last 25 years.