Could pregnant women benefit from yoga?

The last thing a pregnant woman probably wants to do is don a pair of tight fitting trousers and contort her body into strange looking uncomfortable positions. Nevertheless, a recent study has revealed that the ancient practice of yoga could reduce depression in mothers-to-be as well as boosting maternal bonding.

Pregnant women are renowned for experiencing peaks and troughs in their mood, due to numerous changes that occur to their hormones and their body whilst they are carrying. Whilst for many women these mood swings are nothing to worry about, for one in five these symptoms could develop into major depression.

Now, researchers from the University of Michigan have found that the ancient art of yoga can work effectively at reducing stress in pregnant women, providing significant relief from depressive symptoms.

The study – which involved asking mothers-to-be to participate in a 10-week yoga programme – also reported findings suggesting that pregnant women who attended the classes also developed a stronger attachment to their unborn child.

Maria Muzik who was responsible for leading the study, said that we hear about women trying yoga for stress reduction all the time, but there was previously no data in existence allowing us to measure the efficacy of the therapy. She said: ‘Our work provides promising first evidence that mindfulness yoga may be an effective alternative to pharmaceutical treatment for pregnant women showing signs of depression.’

Mental health disorders during pregnancy are a serious concern, and if left untreated can lead to further health risks in both mother and baby.

Though antidepressants are of course an effective and common method for treating such disorders, many studies have shown that mothers-to-be are concerned about the impact taking antidepressants could have upon their unborn child.

Whilst there is no concrete evidence to suggest that antidepressants do have a detrimental effect, for those who are concerned about the possible risks, non-traditional treatments such as yoga may be extremely beneficial.

To find out about Yoga Therapy and other forms of complementary therapy, please visit out Therapy Topics area of the site. 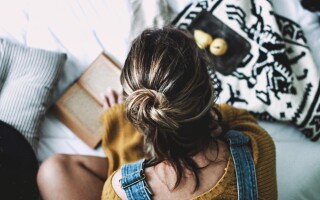 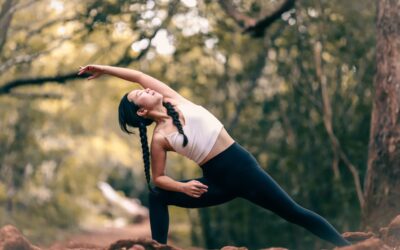 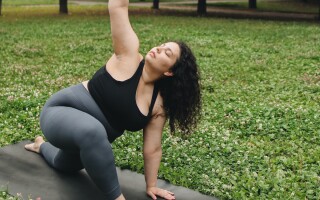