Searching for a specific therapist? Try our advanced search
Therapies

The word Naturopathy originates from the 19th Century European expression “Nature cures” and refers to an entire system of holistic health care which incorporates numerous natural therapies in order to restore health to the patient.

Similar to many other alternative and complementary therapies and systems, the Naturopathy philosophy is to promote the body's innate ability to self heal and it recognises that health is more than simply the absence of disease and is in fact dependant on multiple factors.

Naturopathic health practitioners strive to provide personal care to each and every one of their patients believing that every individual is unique and people are genetically, biochemically, structurally and emotionally different from one another. Each person responds in a unique way to influences whether they are mental/emotional, structural, nutritional, social or cultural.

A Naturopath will assess the patients condition before prescribing what they believe to be the appropriate treatment. The practitioner may use natural healing methods such as homeopathy, acupuncture or herbal medicine as well as nutrition advice and various types of physical therapy among other things.

Using a range of alternative methods for diagnosis, a Naturopath can often successfully pin-point a predisposition in the body, before the onset of acute disease, and treat the patient with specific therapies and changes in the patient’s lifestyle.

The system of naturopathy is described by six core principles which practitioners adhere to at all times. There are many versions and re-phrasings of the six values but essentially they all have the same meaning and are as follows:

Greek philosopher Hippocrates believed that in order to find the cause of a disease a person would have to be viewed as a whole before being cured using the laws of nature. It is this principle on which the foundations of Naturopathy are built, though technically Naturopathy originated in the Nature Cure movement of Europe.

The actual term 'Naturopathy' was coined in 1895 by a man named John Scheel before being rocketed into the spotlight by Benedict Lust who is now referred to as the father of American Naturopathy. Lust had spent several years in Germany learning the skill of hydrotherapy and other natural health practices from his father Sebastian Kneipp. In order to raise awareness of their drug free methods, Lust was sent by his father to America. Whilst there Lust began to use the term Naturopathy to describe a broad range of practices including hydrotherapy, herbal medicine, homeopathy and the elimination of overeating.

In 1901, Lust founded both the American School of Naturopathy and the American Naturopathic Association. After experiencing a period of rapid growth, the introduction of penicillin and other hospital based medicine at the turn of the 20th century meant that naturopathy went into decline for several decades. It was only in the 1970s that there was a revival of interest in conjunction with the holistic health movement.

What does treatment consist of?

Typically you will be required to have an initial consultation which usually lasts for around one hour. The consultation will allow your Naturopath to ask questions regarding your lifestyle, medical history, diet and general well being as well as a possible physical examination which could include anything from iridology (a study of the iris) right through to a diagnosis of the tongue, a candida test, urine test, faecal matter analysis or blood testing among others.

The more information your practitioner has, the more accurate their diagnosis and prescription will be. Once they feel they have gathered enough information a treatment plan will be formulated which incorporates all aspects of an individuals life as opposed to just the area that is effected, this way the body has the optimum chance to heal itself.

The treatment plan may include advice on diet, lifestyle, exercise, herbal medicine, homeopathic treatments, or other suitable remedies. A Naturopath may also refer the client to other practitioners as part of an integrated health care approach.

How many sessions will I need?

The amount of sessions you will need will be highly dependant on what is wrong. For long standing issues that have been present for years you might perhaps need more sessions than you would for something more recent. However, most people begin to see result within about 5 to 6 sessions. It's important to remember that naturopathy is not an instant treatment and if effective results aren't seen immediately it doesn't mean that treatment isn't working.

How often is naturopathy needed?

Again this really depends on the condition of the patient. For someone who has a serious ailment it may be that they require frequent support and therefor attend sessions once a week or once every fortnight. Other patients will only require one session per month. This is something that you can discuss with your practitioner during the initial consultation.

Because naturopathy is an overall approach to healthcare it uses a variety of treatments which are chosen by the practitioner based on what they feel will be most efficient. Each treatment selected will be applied in a way which works with your body's ability to heal itself. A large number of practitioners are additionally qualified in other therapies such as acupuncture, homeopathy and iridolgy, allowing them to be directly involved in the treatment. However, they might select a treatment which is not one of their specialist areas and in this case they will refer you for treatment elsewhere.

There is a plethora of treatments which your naturopath might recommend but here is a selection to give you an idea of what to expect: Kinesiology, Botanical medicine, Brainwave entrainment, Chelation therapy, Colonic enemas, Colour therapy, Cranial osteopathy, Hair analysis, Hydrotherapy, Ozone therapy, Physical therapy such as Osteopath, soft tissue massage etc, Psychological counselling such as meditation or talk therapy, Reflexology, Rolfing, and Traditional Chinese medicine.

Learning from your practitioner about elements of healthy living will play a large role in your treatment. It is the responsibility of your practitioner to offer you advice and information on a number of areas, ensuring that you are able to uphold what you have learnt on your own once treatment ceases. Expect to learn about the principles of health and disease and the reasons why a person becomes ill in the first place. You will also learn about diet, nutrition, exercise, breathing exercises, stress management and detoxification among other things. All of this will help you as a patient to gain a better understanding of the totality of body, mind and spirit.

The food we choose to eat has a huge influence on the way our bodies behave. In naturopathy the importance of nutrition is stressed every step of the way. Naturopaths believe that the best fuel for our bodies is whole, organic and chemical free and that controlling our diets is a simple way of preventing health complaints. Detox foods are for people who carry an excess of toxins and building foods are good for deficiencies, and so on.

What training and qualifications does a Naturopath need?

Despite there being no laws currently in place to regulate the practice of naturopathy in the UK, there are various professional associations which have been established in a bid to protect the public from practitioners who have not received the proper training.

These professional associations are a safe resource for members of the public who are in search of a practitioner, as the organisations ensure professional standards and fitness to practice in all members and require potential members to agree to comply with their code of ethics and complaints procedure as well as checking they hold the appropriate insurance.

Looking for help?
Find a therapist
Would you like to provide feedback on our content?
Tell us what you think

This is where you can submit feedback about the content of this page.

We review feedback on a monthly basis.

Please note we are unable to provide any personal advice via this feedback form. If you do require further information or advice, please visit the homepage & use the search function to contact a professional directly.

You appear to have an ad blocker enabled. This can cause issues with our spam prevention tool. If you experience problems, please try disabling the ad blocker until you have submitted the form.

How can holistic therapy support health during social distancing?

The lockdown situation has created a unique scenario for many people and their families, caused by distance... 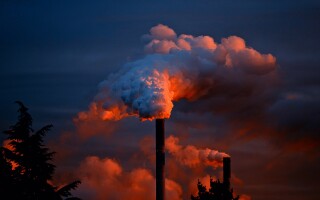 Naturopathy and the health impacts of pollution

Recently, the news has been exposing the risks associated with pollution and global warming, however, the risks...

What is naturopathy and how can it help you improve your health?

Naturopathy is a method of alternative medicine which is based on the understanding that diseases can be...