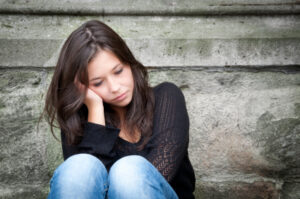 New research suggests the amount of sleep you get at night could have an impact on your chances of developing depression. Two studies published in the journal sleep showed that while adolescents getting too little sleep are at risk of developing depression, adults who have both too little and too much sleep are also likely to be affected. This research is based on the National Sleep Foundation’s recommended hours of sleep for adults and adolescents - on average seven to nine hours sleep a night is recommended for adults, while teens should get between 8.5 and 9.25 hours. The adult part of the sleep study involved researchers from the University of Washington, University of Pennsylvania and the University of Texas at Austin, who carried out tests on 1,788 pairs of same-sex adult twin pairs. All participants shared their typical sleep duration as well as any symptoms of depression. Overall, participants who slept the recommended amount of hours each night had a 27% chance of developing depression from hereditary causes. Whereas those who slept for fewer or more hours than the ‘normal’ amount had an increased heritability of depressive symptoms – up to 53% for the under-sleepers and 49% for those who slept in later. The other study examined the sleep and depression levels of 4,175 Houston-based 11 to 17 year olds. Researchers discovered that sleep deprivation and depression is strongly linked – especially if teens are getting six or fewer hours sleep a night. In the published notes of the study, researchers said: "These results, particularly for major depression, suggest that quantity of sleep, following DSM-IV guidelines increases risk for major depression, which in turn increases risk for decreased sleep," the researchers wrote in the study. "This is not surprising, given the phenomenology of both sleep disturbances and major depression." To find out how complementary and alternative medicines can help you to sleep better and prevent your chances of developing depression, visit our therapy topics page for a range of services.  View and comment on the original Huffington Post article.
Share this article with a friend