The word Abhyangam is a Sanskrit word, which literally means oil application all over the body. It is a programme where the prescribed oil is liberally applied using different strokes & oils as per the need of the body.

The classical Ayurveda texts state that Abhyangam should be done by everybody, everyday, who desires good health & thus happiness.

They also state two types of Abhyangam, one which is supposed to be done daily is the self massage with specific oils according to your body constitution & seasonal change. The other is the therapeutic Abhyangam where you need to be massaged by a therapist with specific oils according to the ailment. This oil is prescribed by the Ayurveda physician. Here the oils depend on the recovery stages & change of seasons.

We would be discussing the Therapeutic abhyangam below which is also famous as the Signature Ayurveda full body massage in most spa’s offering Ayurveda therapies.

In the classical texts of Ayurveda there are no specific references given for the technique of Abhyangam.

Importance is given to which oil you choose according to the ailment, season, constitution of the person & the results that need to be achieved.

Thus you will find different techniques of Abhyangam have evolved for the past 5000years in different schools of Ayurveda.

The body oil could be one or a combination of more than two different oils mixed in specific quantity by the Ayurveda practitioner for the desired effect.

The face up position starts with the hands & the shoulders, where attention to detail is given as each of the fingers are properly oleated. The same is for the toes.

All the major joints are massaged in a circular manner clockwise & anticlockwise.

Below I have mentioned the translation of the name of strokes mentioned in different classics of Ayurveda in Sanskrit language, which can be used in Abhyangam to achieve the desired effect.

‘Anulom gati Mardanam’ - Effluerage in direction of the hair follicles.

You can find different positions in Abhyangam taught by different schools of Ayurveda. For e.g. The Kerala (southern India) style of Abhyangam uses 7 positions in a one hour Abhyangam, which are: Sitting, Face up, Left lateral, again face up, right lateral, again face up & last the sitting position. Sometimes there is even the 8thFoetal position, where the vertebras are completely exposed as they need oleation.

The reason behind all the positions is to cover maximum surface area, so that there is more absorption of oil.

As this Abhyangam is done on a wooden massage bed (droni), the face down position is very uncomfortable for the guest/receiver and is thus not included.

However if it is being done on a comfortable massage couch it could also be done in three main positions .i.e. Sitting, Face up & Face down. Care should be taken of the lateral body parts which are often neglected in these positions.

Use of the wooden table

The wooden tables which are authentically used for the abhyangam are generally made of therapeutic wood for e.g. Neem, which have antibacterial and antifungal properties. Also where there is a need of 14 to 21 Abhyangam’s at a stretch .i.e.

extreme oleation, you need as much oil as possible to be absorbed into the body. Here the wooden bed plays a major part as it is prepared in such a manner that no oil is absorbed into the wood. Also the resistance of the human body increases as it is continuously pressed against the hard wooden surface.

However if  the abhyangam is being used as a feel good full body therapy in today’s growing Ayurveda spa culture, the use of comfortable massage couches would be the preference of your guest for a complete relaxing & de-stressing Ayurveda experience.

Amount of oil used in Abhyangam

There is no specification/ measurement given in any of the classical texts as to what amount of oil should be used in a particular Abhyangam. However the classics give a definite indication as to the level of oleation needed & also state the exact signs & effects if it is achieved.

A general rule which is supposed to be followed by one of the basic principles of Ayurveda i.e. ‘Yukti pramana’ (logic based on the basic principles of Ayurveda) is that the more dry the body the more oil it will absorb & vice the versa. This absorption of oil will also depend on the right amount of friction & heat generated by the therapist’s hands on the person’s body.

So as soon as the therapist sees that no more oil is being absorbed in the skin despite of the right strokes, pressure & time spend on a particular body part, oil application should be stopped.

If the therapist is keen in his observation, his/ her experience will also show him that there are some parts of the body which are drier, thus need more oil for e.g. the neck & shoulder, upper & lower back as compared to the stomach & chest area.

These can be well explained keeping the various principles of Ayurveda & the complete condition of the guest who receives the Abhyangam.

Benefits of Abhyangam if done on a regular basis:

Abhyangam can also be done with two therapists synchronising their strokes at the same time. The techniques & rules remain the same as above. This is almost like a choreographed massage & is one of the most sought after Ayurveda treatments in the leading spas around the world.

Share this article with a friend
Article Tags
Ayurveda

Save Saved Find a therapist 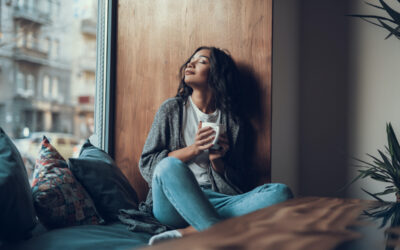 10 ways to fit Ayurveda into your modern day 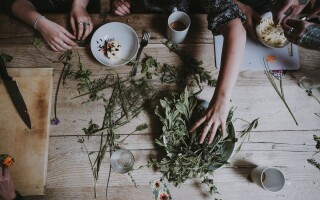 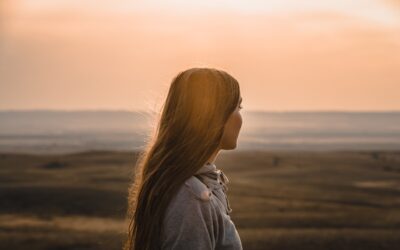