Half of the UK population is expected to get cancer at some point in their lives.

Now charity Macmillan Cancer Support report that more and more people are turning to alternative therapies to help them manage their symptoms and the side-effects of conventional treatments.

One charity nurse, Kate Goldie, said: “Although [these treatments] can’t cure cancer, they can reduce the physical pain, nausea, depression, anxiety and fatigue caused by some treatments as well as relieving some cancer symptoms.”

Gary Bowden, 54, turned to alternative therapies when he was diagnosed with terminal bone cancer five years ago.

He was initially told that chemotherapy and radiotherapy wouldn’t work for him because the cancer was too advanced, so he decided to look for ways to reduce the pain and prolong his life rather than fight the disease.

After getting in touch with a Norfolk-based charity called Star Throwers, Gary was pointed towards reflexology. He claims the sessions increased the suppleness of his muscles and gave him more energy.

Next, he tried Reiki healing to tackle his low moods. He described it as a relaxing experience that made him ‘feel warm inside’.

He believes his continued survival is down to his alternative treatments, a healthy diet and plenty of exercise.

Yvonne Flegg, a 31-year-old mother of two from Norfolk had a similar experience. After five rounds of chemo to treat multiple tumours in her breast, Yvonn was experiencing such severe side-effects that she found it impossible to fulfil her role as a mother. Fatigue, sickness and pain stopped her from getting on with everyday life so she decided it was time to try something different, despite feeling sceptical about the effectiveness of alternative therapies.

Despite describing her experience with acupuncture as ‘surreal’, Yvonne claims she left her first session feeling energised and completely free of the nausea she had grown so used to.

After her mastectomy, Yvonne decided to keep having acupuncture treatment to treat the pain. Today she recommends acupuncture to anyone who has cancer.

To find out more about how these therapies are administered, please visit our Reiki, Acupuncture and Reflexology pages. 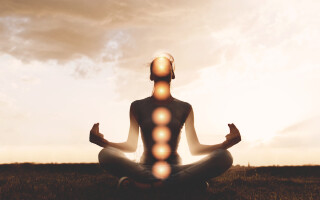 The chakras and the emotions

COVID-19 is an experience that we have all collectively lived through, locally and globally. And, in many cases...

"I believe reflexology helped me get pregnant": Christina's story