Could exposure to the sun reduce risk of arthritis?

Researchers at the Harvard Medical School have carried out a study on more than 200,000 women looking into the link between sunlight and the chances of developing the disease. It has been speculated that vitamin D (produced by the body in sunlight) could protect us against this type of arthritis.

Rheumatoid arthritis occurs when the body’s immune system starts to attack its own joints. The disease can cause intense pain for the sufferer and is more common in women.

The study followed two groups of over 100,000 women. The first group was monitored from 1976 onwards and the second from 1989. Their health was then compared with the estimated amount of UV-B radiation they were exposed to – based on weather conditions where they lived.

In the group from 1976, those living in sunnier parts of the US and getting the highest level of sunlight were 21% less likely to develop rheumatoid arthritis than those exposed to the least amount of sunlight.

The results differed in the second group however. Results showed no link between sunlight and the disease. Reasons behind this could be the differences in sun protective behaviours, for example a greater use of sun block.

It has been implicated that low levels of vitamin D could contribute to other immune system disorders like multiple sclerosis, making this study an interesting one for scientists.

Experts have said that studies are yet to be conclusive and that sitting out in the sun all day could result in far worse conditions such as skin cancer. It has been recommended that we should all aim to get 15 minutes of sunshine a day to keep our vitamin D levels topped up.

If you are struggling with chronic pain from a disease such as rheumatoid arthritis, your pain management could be complemented with therapies such as Acupuncture, Massage Therapy and Yoga Therapy.

Find a Therapist dealing with these types of distress

Other articles by Katherine 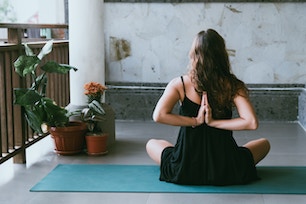 Yoga for anger management
By Katherine
All of us will feel angry from time to time. It’s a perfectly human reaction and it...
Massage therapy 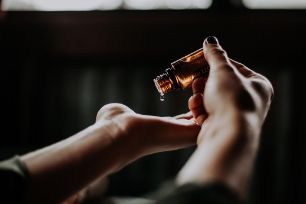 How massage supports mental health
By Katherine
Human touch is essential for our well-being, affecting our development in childhood and...
Massage therapy Aromatherapy Reiki

Psychogenic pain – 7 common ailments that could have an emotional not physical cause
By Caroline Jones at Zen Ten Spa
Not every pain or physical dysfunction we experience can be traced to a physical cause...

Helen's story
I have always suffered from tension headaches and constant visits to the doctor simply...
Acupuncture

Louise's story
After a bad fall down the stairs I have suffered with lower back pain for some years now...
Yoga therapy

Dawn 's story
I am 68 and I have never been very active because I've always preferred activities like...

Healthy ideas that change the world

Get our free monthly e-magazine straight to your inbox

Find out more at happiful.com

Before using our site, please take a moment to review our Privacy Notice and Cookies policy. By continuing to use this site we'll assume you agree to both.
Ok