Searching for a specific therapist? Try our advanced search
Kinesiology

Can fruit and vegetables improve your skin tone and colouration? 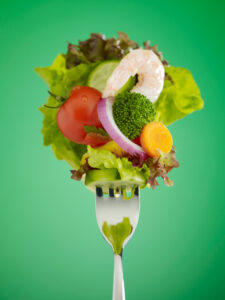 Forget fancy face creams and expensive make-up, the key to improving your skin colour and achieving a healthy glow could be as simple as stocking up on vegetables.

According to research carried out by students at the University of St Andrews, colouration is more visible in those of us who eat our greens.

The researchers monitored the diets of 35 individuals, and as well as discovering that colouration is more visible in those who eat lots of greens, additional research has also suggested that these changes could make you more ‘attractive’.

Whilst other scientists have said the study may not fully reflect the connection between consumption and appearance, it is known that certain red and yellow pigments that are found in various fruit and vegetables can have an effect on skin tone.

The study in question involved the scientists at St Andrews recruiting 35 students who were then questioned about their fruit and vegetable intake over a six week period.

The students, who were mostly white were asked not to use sunbeds, fake tan or make-up, as this way the scientists could achieve a more accurate analysis of their skin tone before, during and after the study.

According to an instrument used to analyse the skin tone, the results showed that the changes in fruit and veg consumption may be related to alterations in the skin tone, resulting in a deepening of natural yellow and red colouration.

Why you should try kinesiology. Part 1: prevention is better...

In kinesiology, we use very powerful techniques which can give relief to all sorts of conditions. People will...

Identifying and diagnosing an autism spectrum disorder - a...

What is Autism Spectrum Disorder (ASD?) Autism has become a lot more recognised in recent years, which has been a...

We've got a brand new look

Therapy Directory has re-launched, and now has an exciting range of new features designed to make it easier for...